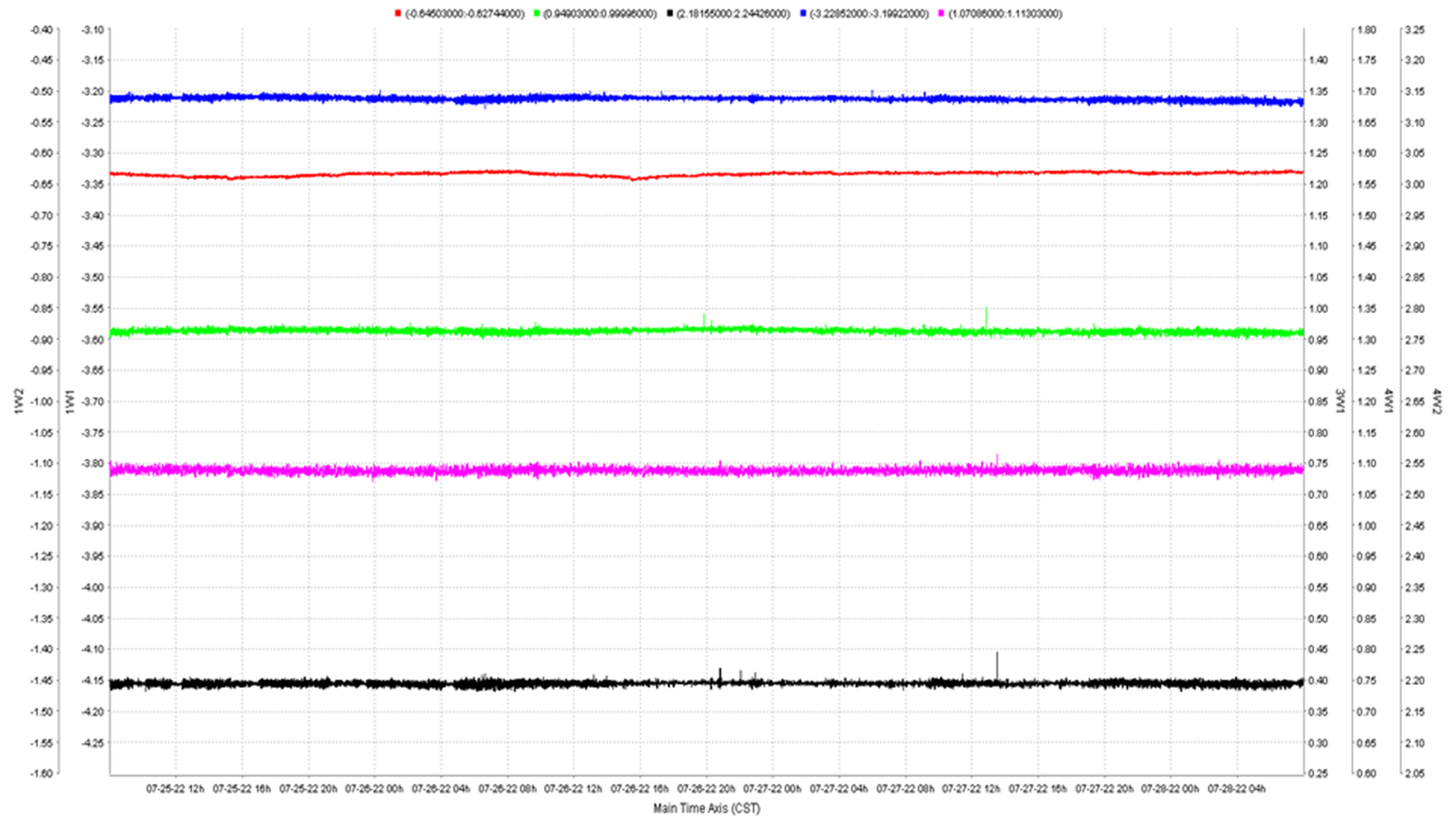 With support from the Major Achievements Cultivation Program of the Chinese Academy of Sciences, the Beam Instrumentation (BI) Group of the Accelerator Division of the Institute of High Energy Physics has completed a new upgrade of beam position measurement (BPM) electronics in the BEPCII storage ring, and all 98 sets of imported analog electronics have been replaced by self-developed electronics with independent intellectual property rights. After nearly a year of online operation at the BEPCII storage ring (Sept. 2021–Jul. 2022), the resolution of the self-developed electronics is better than 0.1 μm and the beam orbit stability is better than 10 μm @ 72 hours, fully satisfying or even exceeding the experimental requirements of the BEPCII collision mode and synchrotron radiation mode.

(The beam stability of BEPCII is much worse than that of third- or fourth-generation light sources, so the above beam test results do not represent the best performance of the self-developed electronics. That is to say, the test results would be much better if we could test the electronics in third- or fourth-generation light sources.)

BPM electronics are essential for beam diagnostics, and their resolution and long-term operational stability directly affect the accelerator's beam orbit and operational stability. For a long time, the key technologies used in BPM electronics have been monopolized by a foreign company. The price is high, the software is not open, and such electronics are difficult to upgrade and maintain, which affects secondary development and high-end applications.

This project is also supported by the Fund of the Youth Innovation Promotion Association of the Chinese Academy of Sciences and the HEPS-TF project.